Voters are now required to show photographic identification at polling stations before they are given a ballot paper | Read more here | Last updated: February 1, 4:39 pm

The Margate Charter Trustees conferred Tracey Emin with the title of Honorary Freewoman of Margate on Friday 12 August. Ms Emin received the honour in recognition of her international acclaim as an artist and her investment in the cultural and physical environment of Margate.

This is the first time that the Charter Trustees have conferred the honour and Ms Emin is only the fourth woman ever to receive this honour in Margate. The three previous recipients were honoured by the Borough of Margate.

Cllr Heather Keen, Mayor of Margate said: “The Margate Charter Trustees really wanted to recognise Tracey’s contributions to the town, both for her artistic and philanthropic work. Tracey has spoken openly about returning to Margate and making it her home, and this seemed like a fitting honour, borne from an original suggestion by Cllr Mick Tomlinson. Today is extra special for us as it marks the first time that we have bestowed the title of Honorary Freewoman in the 50 year history of the Margate Charter Trustees.”

Tracey Emin, Freewoman of Margate said: “This really is such a nice thing to receive. I’ve always loved Margate and championed it as a place, but now I can honestly say I’m very proud of all the changes that are happening here. I’m very happy that I returned to be part of it. I’d love to see Margate become the European town of culture in 2030.

Cllr Ash Ashbee, Leader of Thanet District Council said: “Margate is flourishing as a centre of creativity and the fact that Tracey Emin is now living and working here can only help to increase Margate’s profile and further help the regeneration of the town.

”‘I’m delighted to have been invited to join the celebrations today which recognise the valuable contribution that Tracey has made to our original seaside resort.”

The Margate Charter Trustees commissioned a traditional robe in Margate’s town colours, which Ms Emin wore along with a badge and specially commissioned ‘jabot’, or ornamental ruffle. The jabot was designed and made by Stacey Chapman, a local artist who specialises in working in textiles. Ms Emin’s name will be added to the Margate Charter Trustees’ Honours Board, alongside the likes of Winston Churchill who became a Freeman of Margate in 1957. 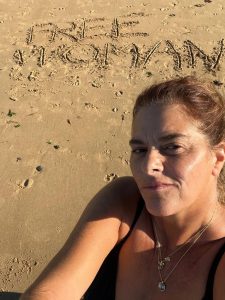 As part of the Ramsgate High Street Heritage Action Zone (HSHAZ), the Ramsgate Cultural Consortium has been awarded funding to deliver a Cultural Programme during 2023. The aim of the programme is to encourage local residents and visitors to rediscover Ramsgate’s High Street.

Cabinet approved plans to introduce a Public Space Protection Order (PSPO) on Athelstan and Ethelbert Roads at a meeting that took place yesterday (Thursday 26 January).  The PSPO will come into effect on Friday 27 January 2023, for a period of three years. It aims to reduce the amount of litter and rubbish on these […]

Thanet District Council is delighted that the redevelopment of Foy House on Margate High Street is now complete.