On Saturday 26 December 2020, the Government announced Ramsgate as one of 72 areas across the country to be allocated funds from the £830 million Future High Streets Fund.The aim of the fund is to renew and reshape town centres and high streets, improving experience, driving growth and ensuring future economic sustainability.

“The council submitted an expression of interest in March 2019, having engaged with key stakeholders in its development. In August 2019, when the Future High Street Fund was increased and a further 50 towns were able to submit bids for funding, our expression of interest was successful with the opportunity to submit a full bid to the next competitive stage. The final bid was submitted at the end of July 2020 against a set of key criteria, including what the funding can be spent on, the required outputs, and in line with the government business case requirements*.

“The Government has now been through its appraisal process and after 17 months, Thanet was named as one of 57 places that has received a provisional funding offer from the Ministry of Housing, Communities and Local Government (MHCLG). The offer for Ramsgate is for just over £2.7 million. This is significantly less than we originally bid for but nevertheless we anticipate that these funds should provide a much-needed boost to the high street at a time that is already very challenging for many of our local businesses.

“The Future High Streets Fund was heavily oversubscribed and despite feedback that we submitted a strong business case that met the criteria and delivered against their requirements on value for money, Ramsgate was offered a percentage of the amount that was bid for.  All 57 areas that received provisional funding offers were offered the same percentage, while a number of towns were not successful following their second round bid. The council has made contact with the Future High Streets Team at MHCLG to understand this allocation of funding and to clarify the expectations on what we can now deliver.

“The plans for Ramsgate’s High Street are part of a wider ambition for the town that will see us continuing to work with key stakeholders such as Ramsgate Town Council and the community to develop a comprehensive vision, which also includes the Port and Harbour. Ramsgate already benefits from Heritage Action Zone funding and we believe that a plan to regenerate the whole town could form a strong foundation from which to lobby central government and prepare viable funding proposals.”

Further information and updates about the Future High Street Fund, and what this investment will mean for the town and Thanet district will be published on thanet.gov.uk in the coming weeks. 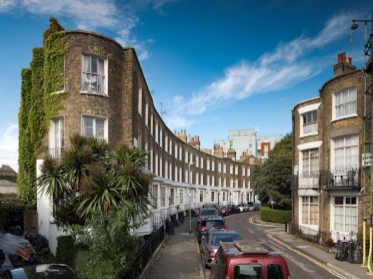