Missed bins: Due to operational issues we are unable to complete some rounds | please check the waste portal to see the status of your collection | Last updated: July 29, 3:00 pm

Information and frequently asked questions about seaweed on our beaches

At certain times of the year the amount of seaweed on Thanet’s beaches and bays increases and we’re asked why we don’t take it all away. Seaweed is a natural occurrence on our coastline and the chalk reef where it grows is protected by law. This means that while we can and do remove some of it during the summer months, we are not able to remove as much as some people might like.

We leave seaweed during the winter months (October to March inclusive) to help provide the foraging ground for the internationally important winter visiting birds, namely the Turnstone. This is important so they have enough energy to migrate to the tundra to breed over the summer and is a legal requirement of the Special Protection Area (SPA) for these wintering birds.

It is also a requirement for Blue Flag beaches to leave algal vegetation (seaweed) or natural debris on the beach. Seaweed and other vegetation/natural debris are natural components of both freshwater and marine ecosystems. Blue Flag guidelines state that vegetation should not be allowed to accumulate to the point where it becomes a hazard, however, only if it is absolutely necessary should vegetation be removed.

For these reasons, Thanet District Council arranges for collection of driftweed (seaweed that has become unattached from the chalk reef) during the summer months – from July to September. Driftweed is removed from the main designated bathing beaches, with additional removal from some of the other bays depending on the extent that has come in. Removal generally takes place when the beaches are least busy – normally early in the morning – but this varies as it is dependent upon low tide.

This takes place between July and September. You can see how this is done in this Twitter thread.

We remove driftweed (seaweed) from the main designated bathing beaches as a balanced way of managing our coastline, leaving the tidal bays alone. This ensures that the natural balance of the ecosystems are not interfered with unnecessarily.

We do not have the option to remove seaweed at places such as Beresford Gap, Grenham Bay and Epple Bay due to the chalk reef extending up to the proms and slipways. We are not permitted by law to drive vehicles over the chalk reef which is protected as it is a Special Area of Conservation. In addition these are not designated bathing beaches.

We also do not remove seaweed from Kingsgate Bay as it is not a designated bathing beach. At this bay there is no access for the heavy plant machinery required in the collecting and loading of seaweed for removal. Driftweed in this area is left for nature and forms part of the beach habitat.

We remove seaweed only where needed, for example Margate Main Sands hasn’t had seaweed removed for some years as it has not been required.

More than 500 tonnes has been collected by the council since July 2020. This is more than the last couple of years and it can be cyclical with a number of years in a row not having issues. In the past there have also been years where there has been much more and we have cleared around 2,000 tonnes.

Our seaweed is taken by prior arrangement with the Environment Agency and granting of permits to a farm in Preston. The current licence allows 1,225 tonnes to be spread at the farm. We don’t move seaweed from Blue Flag bays and put it onto other beaches.

We have explored different ways to collect the seaweed from the coast over the years and due to the protected sites and the nature of the seaweed we have an established removal method. We use a JCB telehandler – not the surf rake to remove it.

We leave seaweed on the coast at all beaches and bays from October – March to allow for the natural ecosystem processes in support of local wildlife.

Clearing the seaweed is just one seasonal task completed by our Foreshores officer who works all year along the coast. The additional spend is the cost of hiring the specialist machinery to clear it with – we have allocated £14,000 for this in the 2020/21 budget.

We allow people to take small quantities of loose driftweed for their own garden or allotment over the summer months (April to September inclusive). Some bays are more suitable for this activity than others. The ones which are more accessible for personal collection include: Walpole Bay, West Bay (west side), Westgate and Minnis Bay, Birchington.

If you are removing seaweed from our beaches as part of a commercial activity – for example, if you are making a seaweed-based product to sell, or foraging seaweed as part of an organised activity – you will need Thanet District Council approval – and Natural England’s assent – to do so. Please contact: Thanet.Coast@thanet.gov.uk with a description of your proposed sustainable activity.

You can reduce your exposure by: 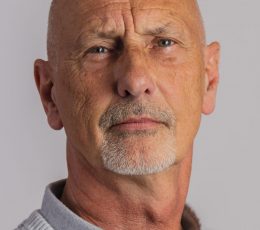 Update on seaweed in Birchington area

“The breakdown of seaweed is a natural part of the sulphur cycle and does not pose a problem in outdoor spaces where it just dissipates in the atmosphere.